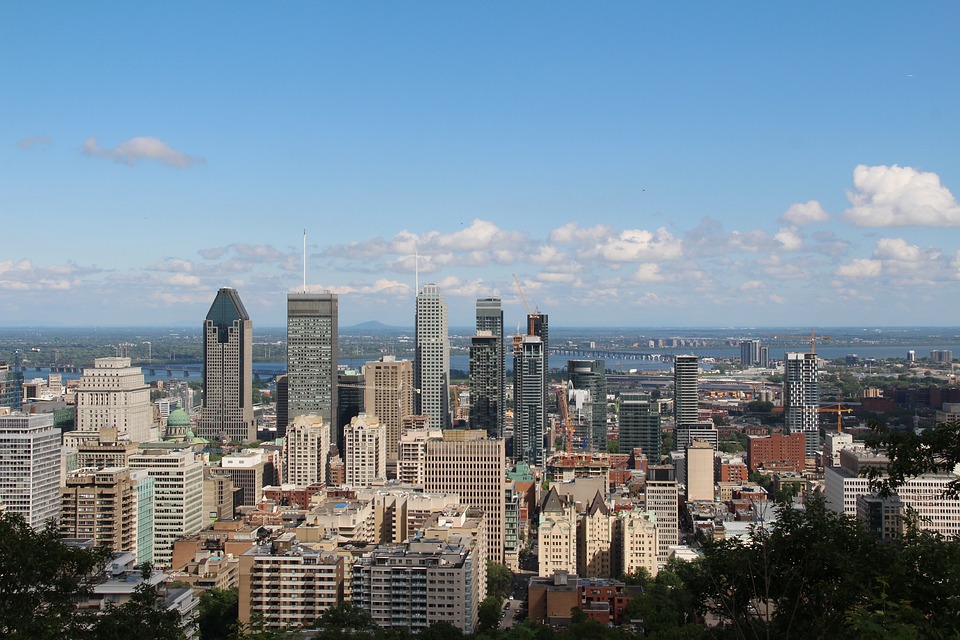 Welcome to the land of Tim Horton and mooses!

Since a few years, we hear a lot about Canada and how wonderful the life seems to be. Well, having spent some time there, I can say it is true to a certain extend. If I love the country and its people, here are some things you should know if you want to visit or stay a little longer… Though it applies to Montreal and Ottawa only!

8 things I noticed in Canada

1. Changing the way you eat

Bye-bye affordable camembert and croissants, here you will think twice before buying imported products (and I’m not event talking about wines…). But you can compensate by eating some tasty bagels and blueberries! If you plan on going to Montreal, stop at Fairmount Bagel or St Viateur Bagel and let me know which one you prefer…

2. In summer you shall sweat

If we talk a lot about Canadian winter, we underestimate the summer season. I did have a glimpse on what it was like back in 2016 (30°C already in May in Ottawa), but the heatwave in July did surprise me… More than 40°C and a stifling heat for nearly a week. With only a fan and no breeze coming through the windows, it was difficult to sleep at night and stay in my flat. The only comfort: the air-conditioning system at work and in every public establishments… Time to go visit some museums, guys!

Summer is a perpetual state of hot and cold. I often need to put on a cardigan while I’m at work or in shops while I cannot even bear to wear jeans outdoors. With the temperature difference, beware the headaches… This is also not eco-friendly…

To those who would like to drive in Canada, I encourage you to read about traffic regulations. For example, the lights are located on the other side of the crossroad and it is allowed to turn right at a red light in Quebec, unless specified otherwise (it is however forbidden in Montreal!). You can go on the SAAQ’s website for more information. Always check regulations before driving abroad.

If you are a pedestrian, know that there are also regulations. You can consult the ones for Montreal on the city’s website (in French only). For example: you can be fined if you cross at a red light, so be aware of what you can/can’t do when you travel in another country or province.

5. The weird concept about pharmacies

From what I saw, pharmacies in Canada are typical of Anglo-saxon countries. To those who know of Boots in the UK, it is basically similar but bigger: beauty and sanitary products, medicines and food are available at the same place. Yes, it is indeed possible to buy some groceries in a pharmacy, like crips, cookies or even detergent.

6. The prices of public transportation

Because of the size of the country, it is more complicated to travel with a car. The plane is the most efficient way to travel between the provinces but it is quite expensive and the train service is not as developed as in Europe. However, there are several bus compagnies – like Megabus and Greyhound – that offer lower-cost journeys in Canada and even to the US.

A sensitive topic on which I will not dwell but about which you can find information online, especially about missing and kidnaped indigenous women, the consequences of Indian residential schools or indigenous homelessness in Canadian cities.

I am sure there are some nice places in Montreal or Ottawa with healthy products but as a newcomer, it can be difficult to find landmarks when it comes to food. I still struggle to find affordable but healthy foods, and I gave up on meat and fish. I also found regulations to be less strict than in France and a lot of products are imported from the US or Mexico… If you like tasteless grape-sized blueberries, be sure to have them from the US…

But of course, travelling abroad means that you have to adapt to this little things that make the country’s identity. If you can be a little surprised at the beginning, you will be soon amazed by the things Canada can offer.

There are so many things that make the country great, so here’s 8 things I like about being in Canada.

8 things I love in Canada

Nothing much to add here, documentaries and revues about Canada did not lie. It is wonderful ! In winter, everything covers in snow et becomes quieter. In summer, forests and cities regain their energy and are conducive to outdoor activities. But outdoors lovers can find their happiness at every season…

To be able to speak French or English, to meet people from all over the world, to wander in neighborhoods influenced by Irish, Latinos, Asians, Jews, and so on. In short, experience the world in Montreal.

3. So much food everywhere

I think I never tasted that many cuisines before Montreal. The different waves of immigrants brought with them local products and specialities that can only add up to the culinary offer of the city. Whether you like French, Indian, Japanese, Hawaiian, or Jamaican cuisine, you will find your happiness! I will share my good adresses in Montreal and Ottawa in another post.

It is actually difficult to translate that one in English, so I’ll do my best to explain.

Here a quick grammar lesson: in French, we have what we call “tutoiement” (tu = you) et “vouvoiement” (vous = you). The first one is used to refer to one person (Veux-tu venir ? = Do you want to come?) while the other one is used either to refer to several people (Voulez-vous venir ? = Do you want to come?) or as a mark of respect (M. Dupont, voulez-vous venir ? = Mr. Dupont, do you want to come?). In France, using the “vouvoiement” as a mark of respect is pretty important. Most of the time you will use it to speak to someone older than you (except if you know each other well or if you are related).

In Canada, the “vouvoiement” is not that strict. Cashiers or random people often use “tu” to speak to you, even for the first time. Even where I work, our first meetings with artists or partners are usually very casual. And I love it! It makes everything so much confortable and friendly. I would not ban the “vous” as it is important in some cases (good luck to figure out which ones, French learners, hahahaha!), but I definitely like using it less often. I guess coming back to France will be difficult…

5. Canadians and their accents

Canadian people are usually polite and friendly, even in big cities (just watch the underground during rush hour). And I also really like their French accents… If some are quite heavy, especially from people from the countryside, they are easy to understand most of the time but differ from region to region. Usually, the typical French Canadian accent is referred as the Quebec accent, but there are so much more, each with their history, community and expressions.

Montreal has some beautiful neighborhoods (that you can find on my Instagram account) and a interesting architecture. Houses or flats, the different styles fit together to form a coherent whole. I could picture myself in a small flat in Montreal, with wrought iron stairs and a creaking wooden floor for cosy winter nights…

8. Because there is so much more to explore

The country is so big that I could spend years travelling. Flying on the other side of Canada, in the thick forest of BC; going North and watch a aurora borealis near Whitehorse; spending some time to learn more about First Nations’s culture and history in a reserve; visiting L’Anse aux Meadows, a unique historical site about Viking first arrival in North America… So much possibilities, so little time…

Have you ever been to Canada? What was the thing you like/dislike the most? The city you would recommend?