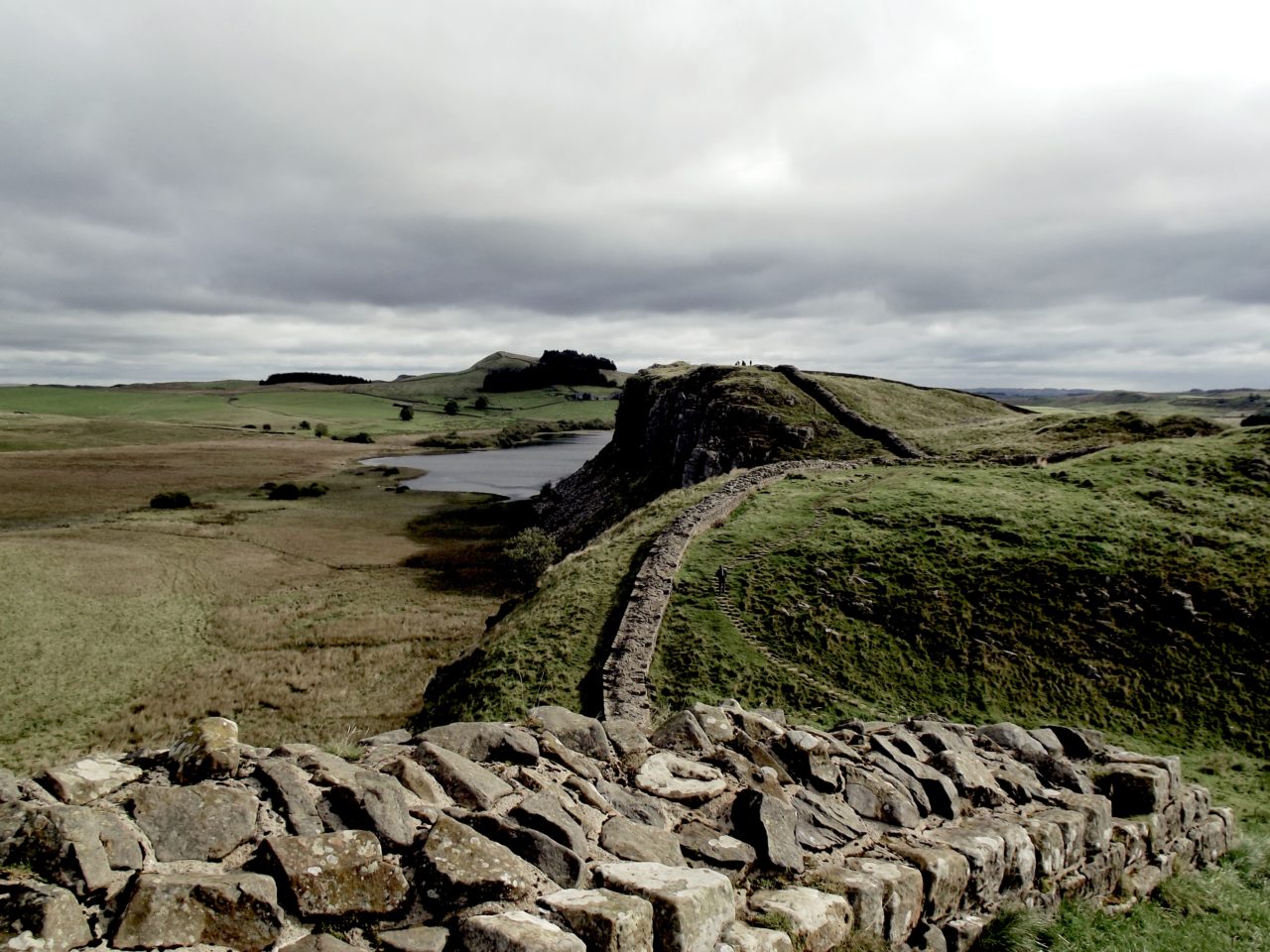 September 16. We reached Hadrian’s Wall in the morning. The wind brushed the grass and heather, the sun watching over us.

We stopped at Steel Rig, not far away from Sycamore Gap (a famous site pictured in several films). The site was on my dad’s bucket list and was definitely worth the wait.

Built around AD 125 to protect Britain from the Picts, the wall was about 117km long. About 30 years later, Antonine Wall was built further North. Both walls were successively occupied for short periods of time.

Today, Hadrian’s Wall one of the most visited site in England. Registered as a UNESCO Word Heritage Site in 1987, the remaining of the fortifications is a reminder of the influence of the Roman Empire nearly 2000 years ago. You can now hike from coast to coast on the Hadrian’s Wall Path National Trail and visit the different sites along the way.

We did not have much time to explore the area afterwards. I was blown away by the scenery that was offered to us and I am happy that I got to share it with my dad. I wish we had time to visit the Roman Army Museum and the Roman Fort, but Glasgow was waiting and we left Hadrian’s Wall with beautiful memories!

I’m a 27yo French woman who have a passion for travels, languages and cultures. I decided to create a blog to keep a trace of my trips and share it with other travel lovers or dreamers. So join me on board! Plus

Hiking through the woods 🥾 • #pvt #pvtjapon #

This website uses cookies to improve your experience while you navigate through the website. Out of these, the cookies that are categorized as necessary are stored on your browser as they are essential for the working of basic functionalities of the website. We also use third-party cookies that help us analyze and understand how you use this website. These cookies will be stored in your browser only with your consent. You also have the option to opt-out of these cookies. But opting out of some of these cookies may affect your browsing experience.
Necessary Always Enabled
Necessary cookies are absolutely essential for the website to function properly. These cookies ensure basic functionalities and security features of the website, anonymously.
Functional
Functional cookies help to perform certain functionalities like sharing the content of the website on social media platforms, collect feedbacks, and other third-party features.
Performance
Performance cookies are used to understand and analyze the key performance indexes of the website which helps in delivering a better user experience for the visitors.
Analytics
Analytical cookies are used to understand how visitors interact with the website. These cookies help provide information on metrics the number of visitors, bounce rate, traffic source, etc.
Advertisement
Advertisement cookies are used to provide visitors with relevant ads and marketing campaigns. These cookies track visitors across websites and collect information to provide customized ads.
Others
Other uncategorized cookies are those that are being analyzed and have not been classified into a category as yet.
SAVE & ACCEPT